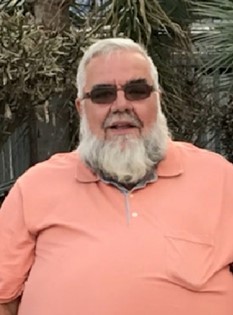 Leonard Joseph Kosirog was born on February 19, 1955, in Chicago, IL to Leonard Bernard and Clara Rose (Pump) Kosirog. He was raised in Chicago with his brother and two sisters where he attended Catholic Schools until graduation.

He attended the Northern Illinois University before transferring to the University of Wyoming where he earned his Masters Degree in Pharmacy. He did his internship in 1989 at the Veterans Hospital in Sheridan, WY. He then returned to Chicago to work at the Kosirog Family Drug Store. On August 31, 1980 in Laramie, WY he married his wife, Gwen Laureen Olson. In 1983 they moved back to Riverton, WY and made it their forever home where they raised their two children.

Lennie worked at the Riverton Memorial Hospital as a pharmacist. While working fulltime at the hospital, he also worked for Wind Mill Vitamins and sold pharmaceuticals to major drug stores all over Wyoming. He was always available to fill in at any pharmacy in Wyoming when they needed help or relief. In the late 1980’s he bought into Porter’s Store and was instrumental in installing the first satellite systems for T.V. which was just the beginning of the satellite business. He grew his business from two employees to over thirty employees and two different locations, Riverton and Casper.

Lennie was always involved in the community as well as the state. He served three terms (twelve years) on the Wyoming State Board of Pharmacy where he was very active. In Riverton he served on the Urban Planning Committee for ten years.

In his “spare” time, Lennie enjoyed being a rock hound and studying geology, loved astronomy and NASA, being outdoors, hunting, fishing, farming, playing the accordion, and rooting for the Cubs. There wasn’t anything he could not fix. But above all, his greatest joy was spending time with his family; he loved them dearly.

He was preceded in death by his parents, Leonard and Clara Kosirog.