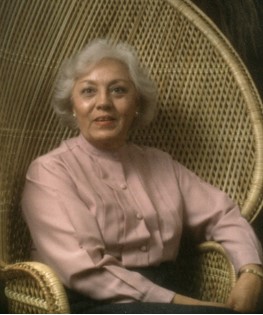 Guestbook 17
Memorial services for Caroline L. Lane of Riverton will be at 10 a.m. on Wednesday, July 9, at the Davis Funeral Home of Riverton. Cremation has taken place. Mrs. Lane died Wednesday afternoon, July 2, 2008, at Wind River Healthcare in Riverton. She was 80. Caroline Lucille DeSoto was born in Phoenix, Ariz., on Dec. 13, 1927, to Thomas and Caroline (Robles) DeSoto. She was graduated from Phoenix Union High School. She married Kenneth C. "Chuck" Lane on Jan. 17, 1948, in Phoenix. Mrs. Lane worked as a supervisor for the Child Protective Services of the state of Arizona. The couple also owned and operated a cowboy shop in Casa Grande, Ariz., for several years. The couple lived in Casa Grande until May of 2008 when they moved to Riverton to be near family. Her family said Mrs. Lane enjoyed going crossword puzzles, gardening, and spending time with her children and grandchildren. Survivors include her husband of 60 years, Chuck Lane of Riverton; two son, Kenny Lane and his wife Jackie of Riverton and Jodey Lane and his wife Rene of Casa Grande, Ariz; four grandchildren and five great grandchildren; brother, Tommy DeSoto of Gillette and Frank DeSoto and his wife Priscilla of Glendale, Ariz.; sisters, Vi Compton of Phoenix and Dolly Odom and husband Ray of Sun City, Ariz.; numerous nieces and nephews. She was preceded in death by her parents; a son, Cody Lane; sisters, Lola Campbell, Loraine Harsh, and Connie DeSoto. Memorials may be given to the Alzheimer's Foundation, in care of the Davis Funeral Home, 2203 West Main, Riverton, WY 82501. On-line obituaries are available and condolences for the family may be made at: thedavisfuneralhome.com Services are under the direction of the Davis Funeral Home of Riverton.