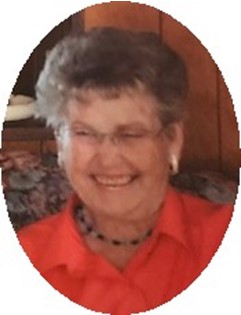 Virginia was born April 21, 1930 in Ada, Oklahoma to Carl Butler and Goldie Marie Rayburn. She grew up and graduated school in Wetumka, Oklahoma. On March 6, 1947 she married Wendell Wayne “Buggs” Bachus.

The couple moved with his job to Texas, Oklahoma, and Cut Bank, Montana from 1958 – 1968. They moved to Riverton in 1968 and lived in Riverton until 1994 when they purchased their ranch near Pavillion in 1994 where they raised Long Horn cattle.

Her family was very important to her. She had especially enjoyed cooking when younger. She was an avid reader, enjoyed sewing, hunting, fishing, camping, cutting firewood, taking pack trips and being outdoors.

She was preceded in death by her parents, Carl and Goldie Butler; son, Darrell; siblings, Clara, Gertrude and LeRoy.