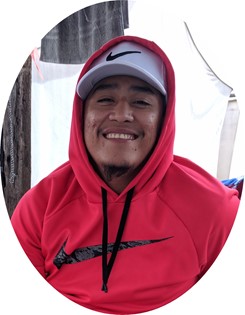 Guestbook 4
A Funeral Mass for Johnnie De’Carlos Whiteman, 21, will be held at 1:00 p.m., Saturday, September 8, 2018 at St. Stephen’s Catholic Church with Father Bryce Lungren officiating. Interment will follow at the Arapaho Catholic Cemetery. The first Rosary will be recited at 7:00 p.m., Thursday, Sept. 6th at Davis Funeral Home with a wake to follow at 109 Sagebrush Loop, Beaver Creek Housing. A second Rosary will be recited at 7:00 p.m., Friday, September 7th at Great Plains Hall with a wake to follow at Rose and Dennis Bearing’s residence, 444 Little Wind River Bottom Road.

He enjoyed attending Pow Wow’s, listening to music, and spending time with his friends and family, especially his older brother, Andrew. Johnnie was also known for his love of the outdoors, hunting, fishing and camping.