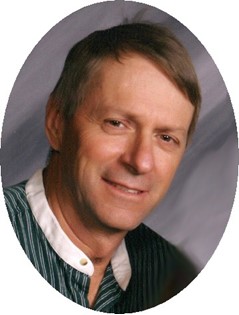 
William “Bill” Hardy, 66 of Riverton passed away on Thursday, September 6, 2018. There will be a memorial service held at 5:00 pm on Tuesday, September 11, 2018, at the Riverton United Methodist Church. The family ask that you join them in a carry in dinner after the service, at the Fremont County Hall Heritage Hall.

William Clifford Hardy was born on April 7, 1952 in Polson, MT to Ned and Merne (Bonnett) Hardy. He grew up in western Montana where his father was a logger. He graduated from Charlo High School. He entered the U.S. Army after graduation. After being honorably discharged from the service he returned to Dillion, MT before moving to Wyoming in 1980. In 1993 he graduated from the Central Wyoming College Nursing Program and began working as a Registered Nurse in the I.C.U. of the Riverton and Lander hospitals.

He was married to Deborah Buss and had two children, Brandi and Cale. They later divorced. On July 8, 1994 he married Alicen Mary Manning in Brattleboro, VT. They made Riverton their forever home.

He formed his own logging company, BH Enterprises, and logged all over Fremont County for many years.

When Bill had “free” time he loved to go fishing, dancing and playing with his grandchildren.

Bill was awarded the Nurse of the Year 2017 from Sage West Hospital-Lander. He passionate about his job.

He was preceded in death by his father, Ned Hardy; son Cale Hardy; brother, Kit Hardy; and sister, Susan Price.

Memorials may be made to Bill’s 3 Grandchildren’s Education Fund in care of Davis Funeral Home, 2203 West Main Street, Riverton, WY 82501.