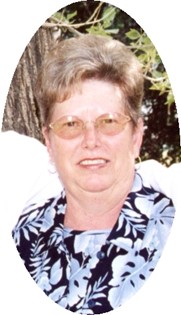 Guestbook 11
Nadine Albrandt, 71 of Shoshoni passed away on Wednesday, September 12, 2018, at the Hot Springs County Memorial Hospital. Private memorial services will be held at a later date.

Nadine Yost was born on October 1, 1946 in Tremonton, UT to Derreld David and Edith (Barnes) Yost. She grew up in a small towns in Utah and southwest WY. The family eventually moved to Shoshoni where she graduated from Shoshoni High School with the class of 1964.

On June 10, 1966 she married Jake J. Albrandt at the Trinity Lutheran Church in Riverton. They celebrated their 52nd anniversary this year. Together they raised their two sons in Fremont County.

She worked as a teacher’s aide for many years.

She was active in the Trinity Lutheran Church. She enjoyed walking, reading, and helping with special needs children.

She was preceded in death by her parents, Derreld and Edith Yost; sister, Pamela AuFrance; and three infant brothers and stepfather, Con Norton.