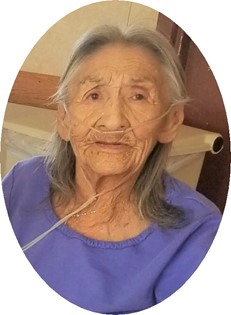 She was born on August 3, 1929 in Fort Washakie, WY, daughter of Thomas Brown and Hannah White.

She enjoyed going to the casino and listening to all types of Native American music.