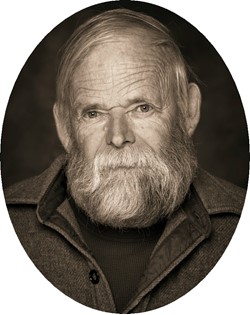 He was born on August 30, 1945 in Johnson City, Tennessee, son of Arch and Ellen (Spargur) McIntyre.

John graduated from Erwin High School in 1963 in Erwin, TN. He then attended East Tenn. State University graduated with a BS in Geology with a minor in Botany. He later attended the University of Wyoming AFit, in the MBA program.

He was ordered to active duty May 11, 1968 and served in Vietnam, 101st Airborne, Rotary Wing (Helicopter pilot), Corp of Engineers. While in Vietnam, he was a combat helicopter pilot, earning the National Defense Service Medal, AR AV badge, Vietnam Service Medal W/3 bronze stars, Air Medal, and Army Commendation Medal. He was Honorably Discharged and released from Active Duty in February, 1972.

John was a “hard rock” geologist, working in Uranium mines in Jeffrey City, WY and Gas Hills. He also worked in gold mines in Nevada. He trained at NWCC in Auto Cad and worked for several oil field companies. John moved to Atlantic City, WY in 1973 and was a member of Buffalo Chips musical group for decades, playing the banjo and bass. He played with other groups including Kim Coates Band, Prickly Pair and The Northwest Community College Orchestra. John was also a skilled artisan working in metal and wood.

He was preceded in death by his parents and brother, Alan F. McIntyre.