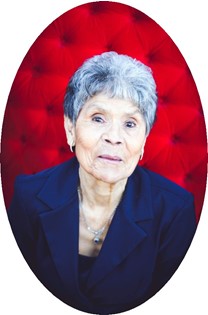 Guestbook 3
No services are scheduled for Esperanza Barragan Skinner, 77, who died at her home in Riverton, WY on November 23, 2018 surrounded by her family. She was born on December 28, 1940 in Jalisco, Mexico, daughter of Aurelio and Maria (Estrada) Barragan. On April 13, 1961, she married Zoeth Skinner in Guadalajara, Mexico. They were married for 46 years and had one child. Esperanza spent time living in Mulege, Mexico and Gladstone, Oregon, from 1966 until 1993, where she worked as a CNA and finally moved to Riverton, in 1993. She enjoyed spending her time hunting, fishing, cooking and most of all raising her grandkids. Survivors include her son, Carlos Skinner of Riverton; grandchildren; Kristopher Skinner of Riverton, Victoria and her husband Tyler Hogenson of Medford, OR,and Stephanie Skinner of Denver, CO; great granddaughters; Zoey Skinner and Addison Hogenson; brother Antonio; sisters, Juanita, Lola and Chui.