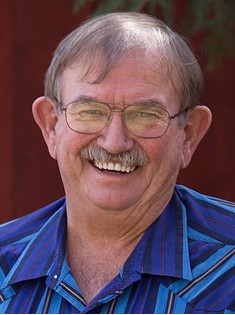 Guestbook 13
Kerry Lee, 70, of Riverton passed away at the University of Utah Hospital in Salt Lake City, UT on Tuesday, December 18, 2018. A memorial service will be held at 10:00 am on Saturday, January 5, 2019, at Davis Funeral Home with military honors. The family request everyone come in casual attire.

Kerry August Lee was born on December 8, 1948 in South St. Louis, IL to Barbara (Camp) and August Lee. He spent his early years traveling the country with his parents and two siblings. At a very early age he quit school and began supporting himself at a vast array of jobs, sometimes hitchhiking or catching a train across country. This began a lifelong love of trains.

He voluntarily enlisted in the U.S. Army in 1969 and served in the Vietnam War. He received a Purple Heart while overseas. Upon returning to the United States he served as a Motor Sergeant until he was honorably discharged in 1975. Kerry was very patriotic.

He married Rose Garzia and helped raise her two daughters. They later divorced.

After being discharged, Kerry worked as a foreman on different ranches around Meeteetse, WY with his beloved dog “Ace”. While living in the area he was an active member in the Lions Club, Volunteer Fireman, EMT, and was the Emergency Management Coordinator. He then started working for the Wyoming Department of Transportation as an equipment operator. He was employed with WYDOT until his retirement in 2006. Not one to set around, Kerry started working for Wind River Transportation as a Dispatcher and Bus Driver. He truly enjoyed his bosses and coworkers and worked up until his passing.

In 2000 he met his soulmate and love of his life, Barbara Novotny. They were married and were fortunate to be able to spend 18 years together. They took memorable and enjoyable vacations together as they both loved to travel. They were always together and smiling, they truly enjoyed life together.

He was preceded in death by his father, August Lee; sister, Bronwyn Merchant; mother and step-father, Barbara and Clyde Nebel.

Memorials may be made to any Volunteer Fire Department of your choice in care of Davis Funeral Home, 2203 West Main Street, Riverton, WY 82501.