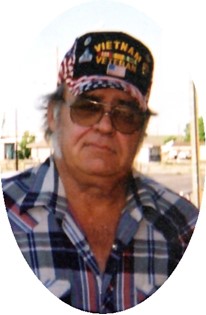 Guestbook 8
Joseph “Joe” Watson, 74, of Riverton passed away with his loving wife by his side on Wednesday, January 2, 2019, at the Shepherd of the Valley Healthcare in Casper, WY. A memorial service will be held at 10:00 am on Tuesday, January 8, 2019, at Davis Funeral Home will full military honors.

Joseph Roy Watson was born on March 14, 1944 in Ann Arbor, MI to Woodrow Wilson and Carley Pauline (Ross) Watson. When his father was serving in WWII, his mother moved to Denver, CO to stay with family. After his father’s return the family made their home in Doyleville, CO, outside of Gunnison, CO, where they ranched. Joe graduated from Gunnison County High School with the class of 1962.

Joe was of the Protestant faith.

On June 7, 1964, he married the love of his life, Juanita Clark, in Sargents, CO. When Joe joined the U.S. Army, Juanita stayed in Colorado and when he returned they moved to Leadville, CO. In 1971 they moved to Riverton, WY where they raised their three sons and making it their forever home. They shared their lives and many memories for 54 years.

On February 15, 1966 he was inducted into the U.S. Army and served in Vietnam. He was honorably discharged on February 6, 1969. Joe was very patriotic and loved his country.

Joe worked as a heavy equipment operator and a mechanic. He worked for Valley Implement for a number of year and in the Gas Hills running heavy equipment. Due to health reasons he was forced to retire in 2002.

Although he was a mechanic by trade he was a “Jack of All Trades”, very talented and could make anything while “tinkering” in his shop especially with iron. He was an outdoors person enjoying hunting, fishing, yard work, and riding his lawn mower. He loved to support his children, grandchildren, and great grandchildern on their adventures, from sports to just hanging out. Above all he loved his family very much.

He was precede in death by his parents, Woodrow and Carley Watson; and two sisters, Janet Watson and Pauline Watson.

Memorials may be made to the Wounded Warrior Project or Shriner Children’s Hospital in care of Davis Funeral Home, 2203 West Main Street, Riverton, WY 82501.