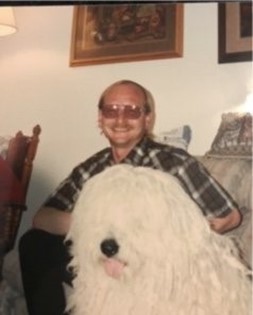 Guestbook 7
“Steve” Carpenter, 62 of Riverton passed away at his home on Saturday, December 22, 2018. Cremation has taken place and no services will be held.

Steve was a member of St. John’s Lutheran Church and enjoyed going to the Sunday worship services.

Steve worked for the Riverton Ranger out of high school. Then as a produce man for local grocery stores for over twenty years. He worked for Safeway then with Woodward’s IGA before it closed and then finished his career working a short time for his brother at R.C. Lock & Key.

Steve’s interest were diversified from playing and repairing guitars, growing tomatoes (although he grew them he never ate them), and was a HAM Operator with the highest rating of Amateur Extra License. He also loved animals of any kind and had three dogs and two cats of his own.

He is survived by his brother, Randy Carpenter and his wife, Candy; nieces, Venessa and Heather Carpenter; and two great nieces and one great nephew.

He was preceded in death by his parents, Bill and Darlene Carpenter.