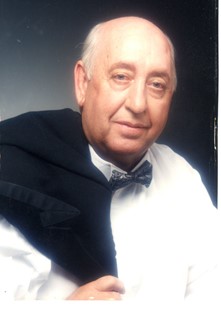 He was preceded in death by his beloved spouse and companion, Toy Gail Goldrick in 2014. His Grandparents that adopted him, Winfield Kennett Forshee and Rosa Ella Warden, his parents, Loy Claude Forshee and Edna Lael Peay, and 3 siblings.

Born in Provo, Utah on November 26,1934. Loy was adopted by his loving grandparents whom he cherished all the days of his life. He went on to serve his country faithfully as a true patriot in both the Korean War and Vietnam War. Serving in the United States Army and United States Coast Guard, he retired as a Chief Petty Officer. Loy also retired as a school teacher with the Jordan School District, in Utah. Truly beloved by his students, who always admired the way that their teacher made history come alive.

Later in life, Loy's love for the LDS church led him to serve as a missionary for the Church of Jesus Christ of Latter Day Saints with his wife. They also spent countless hours seeking his ancestors in genealogy work in Billings Montana. He was a dedicated man, never waivering in his faith or beliefs. He and his wife served as ordinance workers at the Ogden Utah Temple, making the long drive each week to serve others.

He loved to build and tinker, he was kind and compassionate, and will be remembered as a loving and caring man with an impish laugh and twinkle in his deep blue eyes. Although faced with many significant challenges in his life, they were overcome by compassion and strong work ethics, that have been passed on to future generations.

He will truly be missed, please join us in saying farewell to this wonderful man. The viewing will be held Friday January 11, 2019 5:00-7:00 pm at Davis Funeral Home 2203 West Main Street Riverton Wyoming. Services are Saturday January 12, 2019 2:00 pm at the same location.