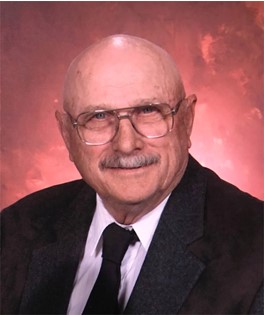 Ralph Lewis Medow was born June 2, 1931 and was baptized in Hampton, Nebraska to Gerhard A. Medow and Irene Ida Clair Dose. The family moved to Missouri Valley, north of Riverton in 1937 where Lewis’ father farmed. Lewis was confirmed at the Trinity Lutheran Church in Riverton on April 30, 1944 and attended school in Shoshoni graduating Shoshoni High School. After graduation he continued to farm with his father. On July 6, 1952, he married Nancy Patricia “Patty” Williams at Trinity Lutheran Church in Riverton, WY. Together they raised three children, two boys and one girl, Gordon, Robert, and Vicki. In 1977, he formed the Triple M. Pelleting Corporation with his sons and continued farming and feeding cattle with his family until his retirement in the late 90’s.

Following his retirement, his family said he enjoyed gardening, growing flowers, and the highlight of his life was going to the mountains in the summer and spending time with his wife, Patty, traveling in their motor home. He also liked to fish and enjoyed his two dogs.

He is survived by son, Gordon Medow and his wife, Bonny; daughter, Vicki Ann Medow; 7 grandchildren and 7 great grandchildren.

He was preceded in death by his wife Patty of 62 years; his parents, Gerhard and Irene Medow; son, Robert Lewis Medow; sister, Dorcas and her husband Stan Wieland; and step grandson, Michael Anderson.