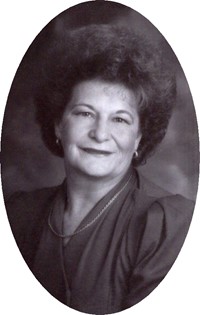 
Judy Ann Pitt Woolery died January 18, 2019 at Wyoming Medical Center in Casper, WY, surrounded by family and loved ones. She was 74 years old.

Judy Ann Pitt Woolery was born February 7, 1944, in Roosevelt, Utah, to Lyall E. Pitt and Beulah Ann Burke Pitt. She graduated from Union High School in 1962, received her AA Degree from Central Wyoming College in 1981, her Certified Professional Secretary Certification in 1987 and her Paralegal Certification in 1988.

She was employed by numerous businesses in Riverton during her career: among them were CWC, Wyoming Title Service, Andrews & Anderson, P.C., William Flagg, Attorney, and the Fremont County Attorney’s Office. Ending her working career with 14 years at the National Weather Service as an Administrative Assistant in December 2008. During her career she was active in Professional Secretaries International from 1979-1990. Serving as President of the local Chapter, President of the Colorado-Wyoming-Montana Region, and President of the Northwest District Region. She also was awarded Secretary of the Year, at the Chapter level, Colorado-Wyoming-Montana Division and the Northwest District Region during her tenure.

Judy had a love of gardening, especially German Iris and roses which grew throughout a large area of her yard which she was very proud of. At times, she would also grow vegetables which she canned for her large family. Besides cooking for her family, she loved to bake bread, cookies, and cakes additionally made candies for the holidays. She also sewed quilts for her children and grandchildren, each design being unique for that individual. During her tenure at CWC, she developed photography skills and won several collegiate awards and Fremont County Fair ribbons for black and white photos.

She loved being around her children, grandchildren and great grandchildren, and was very proud of their accomplishments as they grew up.

She married the love of her life, Dale Roy Woolery, on August 5, 1977, and they raised eight children together in Riverton.