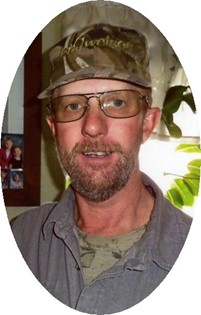 Guestbook 12
No services are scheduled at this time for David “Dave” Leroy Smith, 55, who passed away at his home on January 26, 2019. Cremation has taken place.

His family moved to Casper, Wyoming in 1966 and then to Pavillion in 1969, where he graduated from Wind River High School in 1981.

He worked for Rocky Mountain Applicators for over 20 years roofing. He then worked as a laborer for the city of Riverton for a summer and also trained horses over the years.

Dave enjoyed spending time outdoors hunting, trapping, fishing, his old pick up and 4-wheeling. He also enjoyed horse pack trips with his nephew, Josh. He and Josh spent many summers cutting wood for the winter on Green Mountain. He loved to tease and his family said that Dave never met a stranger. Duck hunting with his beloved dog, Ruger, was his passion above all else.

He was preceded in death by his father in 1992, his brother, Bruce in 1990 and his grandparents.