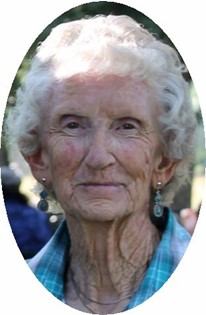 Guestbook 1
Nellie Barrows, 77, of Hudson passed away peacefully at her home on Sunday, February 3, 2019. A memorial service will be held at 10:00 a.m. on Saturday, February 9, 2019, at the Hudson Town Hall. Inurnment will follow at the Hudson Cemetery.

Nellie Ethel Wise was born in Riverton to Walter Sherman Lloyd and Blanche Kathryn (Burke) Wise on October 31, 1941. Nellie’s family lived several places throughout her childhood and settled in Riverton, WY where she was raised with her eight siblings, she was the 7th of 9 children. Nellie attended school in Riverton, WY.

In 1957, she married David Barrows and the couple had five children together and later divorced. Nellie later married William “Bill” Barrows and they had two more children. She and Bill lived and raised their family in Hudson.

Nellie was a hard working woman. She held several jobs over her lifetime. She worked as a Teacher’s Aide in the Riverton and St. Stephen’s School Districts. She also worked at The El Toro in Hudson, Wyoming State Training School, and Safeway in Riverton. She owned her own Monogramming business, “Nell’s Monograms”.

She was an accomplished seamstress and sewed anything from small craft items to wedding dresses and quilts. She enjoyed participating in several craft fairs. She always looked forward to the One Shot Antelope Hunt in Lander where she had a booth and for fourteen years sewed for many of the hunters who attended the hunt. Nellie was very outdoorsy and loved to hunt, fish, and go camping.

She was preceded in death by her parents, Walter and Blanche Wise; infant son David Barrows; 3 brothers and 4 sisters.

Memorials may be made to Friends of Frontier Hospice in care of Davis Funeral Home, 2203 West Main Street, Riverton, WY 82501.