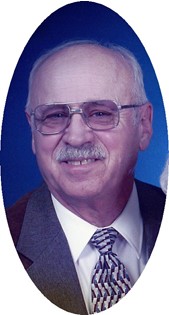 Guestbook 2
A Memorial service for Theodor “Ted” Leonard Herrmann, 87, will be held at 11:00 a.m., Monday, February 11, 2019 at the Trinity Lutheran Church with Pastor Mark Mumme officiating. Cremation has taken place under the direction of Davis Funeral Home.

He was born on June 28, 1931 in Otter Creek, North Dakota, son of Adolph M. and Gertrude C. (Lechner) Herrmann. He attended St. Paul Lutheran School while in Otter Creek and went on to graduate from New Salem, N.D. High School in 1948. He then moved to Bismarck to attend trade school before learning the sheet metal trade. On June 15, 1951, he married Joanne Rodgers at the Zion Lutheran Church in Bismarck, N.D. Ted worked for Sheet Metal Products in Cheyenne, WY for the next 20 years. During those years, he worked on the Missle Sites in Minot, N.D. He opened his own shop for a year in Hazen, N.D. In 1970, he took over management of Flaming Gorge Sheet Metal in Rock Springs and after a very successful run, he retired in 1984. He then became foreman on LCMS Laborer for Christ Church building crews. He built churches and church halls in Kemmerer, Cody, Pinedale, Salina, KS, Kentucky, New Mexico, Wisconsin, South Dakota, Minot & Bismarck, ND and other areas. He built a log cabin near Daniel, WY and built his home when he moved here to Riverton in 1995 after his retirement. He loved his dear wife, Joanne and his 5 children and many grandchildren. He enjoyed hunting, fishing, and was a master craftsman. He reveled in his children and grandchildren’s accomplishments. He was a lifelong Lutheran and Christian. Ted was active in church and school events and was a member of Thrivent Fraternity and proud and active member of the Trinity Lutheran Church. Ted was baptized into the Lutheran (Missouri Synod) Faith on July 15, 1931 and confirmed into membership on March 25, 1945 at St. Paul’s Lutheran Church in Otter Creek, N.D.

He was preceded in death by his dear wife, Joanne; parents, Adolph and Gertrude Herrmann; sisters, Margret and Judy; grandchildren, Terrance, Tara and Judah.