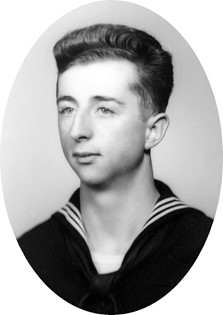 Guestbook 6
W.S. “Beaver” Beaver, 81, of Hudson passed away at his home. A funeral service will be held at 11:00 am on Saturday, February 23, 2019, at Davis Funeral Home with Military Honors. Burial will follow at the Hudson Town Cemetery.

Winford Schuyler Beaver was born on December 21, 1937 in Cheyenne, WY to Wallace and Margaret (Beaver) Newton. According to an article in the Cheyenne newspaper his birth was considered a “Miracle” because Margaret passed away and they took baby Winford from her body within minutes. He weighed in at 4 ½ lbs. His grandparents, Byron Reece and Mable Mary (Kirkpatrick) Beaver adopted him and raised him. He grew up in the Cheyenne area and attended first through eighth grade at Horse Creek School taught by his grandmother. He graduated from Chugwater High School with the class of 1955.

Right after high school, Beaver enlisted in the U.S. Navy and served on the Battleship U.S.S. Iowa during the Korean War. He was honorably discharged and returned to Wyoming where he attended college at Torrington and earned his Master’s Degree in Education at the University of Wyoming.

After earning his teaching degree he taught at Elk Mountain. He was the Superintendent of several small school districts in Wyoming, retiring from Jeffery City in the early 1990’s; moving to Hudson.

He is survived by a host of friends and relatives.