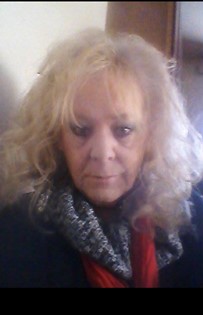 Sandra Marilyn Lilyquist was born on December 17, 1954 in Riverton, WY to Rodney Benheart and Laura Beatrice (Swain) Lilyquist. She grew up in the Riverton area with her two sisters.

On November 26, 1970 she married Quincy “Shawn” Fenton. Together they had five children. They later divorced. While they were married the family spent the winters in Arizona and summers in Riverton. Later on Sandra made Riverton her forever home.

Sandra earned her G.E.D. at the same time as two of her daughters and then attended CWC.

She was a stay at home Mom working part time jobs while the children were in school.

She was a member of the Thermopolis and Riverton Eagles Clubs until they closed.

Sandra enjoyed sewing, crocheting, singing Karaoke, she had a talent to cook anything out of nothing, visiting with friend, and spending time with her family.

She was preceded in death by her parents, Rodney and Laura Lilyquist; and one sister, Shirley Blomberg.