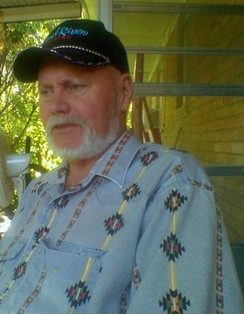 Guestbook 6
Quincy “Shawn” Fenton, 69, of Riverton passed away at the Help for Health Hospice Home on Monday, February 25, 2019. A Celebration of Life will be held at 2:00 pm on Saturday, June 1, 2019, at the Riverton Elks Club Dinning Room. This will be a pot luck.

Quincy Shawn Fenton was born on January 14, 1950 in Riverton, WY to John Henry and Thelma Eileen (Knapp) Fenton. He grew up in Riverton with his sister, Jackie. He graduated from Riverton High School and attended a trade school for mechanics.

On November 26, 1970 he married Sandra Marilyn Lilyquist. Together they had five children. They later divorced. While they were married the family spent the winters in Arizona and summers in Riverton. Later on Shawn made Riverton his forever home.

Shawn had a varied work career and adapted to each job quickly. Some of his employment included driving truck, operating and servicing heavy equipment, working for 71 Construction, William Brush and Sons, Gilpatrick Construction, Intermountain Electric, Riverton Ready Mix, and when he retired he was working for Big R.

Spending time with his family was his number one priority and together they enjoyed camping, fishing, playing Rummy and “that” silly marble game. He also was quite the bread and cinnamon rolls baker in his younger years. He loved reading Louis L’Amour books and building Damascus Knives and making custom handles for them.

He was preceded in death by his parents, John Henry Fenton in 1991 and Thelma Eileen Fenton in 1987; and his former wife, Sandra Lilyquist on February 21, 2019.