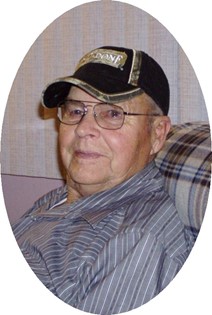 Guestbook 5
No services are scheduled for Ralph Stowe, 88, who passed away Thursday afternoon, February 21, 2019 at Help for Health Hospice Home in Riverton, WY. Cremation has taken place and a memorial service will be held in early summer for family and close friends.

Ralph served in the U.S. Army from 1952 until he was honorably discharged in 1954. Moving back to Lander, Ralph opened the Elkhorn Bakery on Main St. He sold the business in 1956 due to allergies.

On January 28, 1956, Ralph married Barbara Carpenter in Lander. He built their house in Lander and was very proud of it. The couple ended up trading the house as a down payment on the dairy farm they purchased near Kinnear in 1960. Ralph spent the remainder of his life on the farm. He was a great farmer and was ahead of his time with farming and feeding technology and techniques. He was proud of his crop of oats and cowpeas to start alfalfa. In the 70’s, he used electronic technology integrating into automatic feeding practices. At one time, he farmed over 1,000 irrigated acres and had the largest dairy in Wyoming.

His hobbies included hunting, fishing, snowmobiling and riding his ATV.

Ralph was preceded in death by his parents, Henry and Bessie Stowe; brother, Arnold Stowe; 2 sisters-in-law, Margrette and Ruby; sisters, Gladys and Iona and many aunts, uncles and cousins.