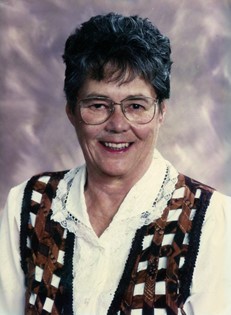 Guestbook 3
Clara A. Lehman passed away Friday, March 08, 2019. At her request, no services will be held. Her family will make private graveside arrangements and she will be buried beside her husband in Mountain View Cemetery.

Clara Ann Blakeman was born October 18, 1936 in Gillette, Wyoming, the daughter of George C. and Ethel E. (Starrett) Blackeman. The family moved to Sheridan County in about 1942 and she graduated from Sheridan High School in 1953. She married C. Melvin Carroll on September 17, 1953. Together they raised four children and later divorced.

She married Herbert K. Lehman on July 25, 1964. She and Herb spent almost thirty happy years together before he passed away in 2013. Clara spent a number of years working as a legal secretary, fifteen years as a medical secretary, and seven years as a business manager at Wind River Medical Group/Family Practice Center in Riverton. She completed her working career at Lehman Studio, working the school picture lab.

She was preceded in death by her husband, Herb Lehman; parents, George and Ethel Blakeman; sister, Leona Rose Grotz and her husband, Andy Grotz; brother, Paul G. Blakeman; two grandchildren, Annie Jo Welch and Seth Welch; all of her aunts, uncles and many cousins.

She is survived by her daughters, Kathleen Welch of Billing, MT and Jodi Edwards of Riverton; sons, Dirk Carroll and wife. Melissa of Riverton and Quinn Carroll of Cheyenne; step-son, Randy Lehman of Riverton; step-daughter Lori Gimmeson and husband, Brant of Aurora, CO; fourteen grandchildren and seventeen great-grandchildren.

In lieu of flowers donation would be appreciated to Help for Health Hospice in care of Davis Funeral Home, 2203 West Main Street, Riverton, WY 82501.