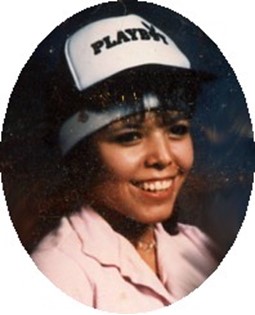 Guestbook 1
Sandra Mae Bell, 53, of Riverton passed away at Central Wyoming Hospice in Casper, WY on Monday, March 11, 2019. A rosary will be recited at 7:00 pm on Wednesday, March 13, 2019, at Davis Funeral Home. Wake to follow at the Mildred Norse home at 123 E. Madison Street, Riverton, WY. The funeral service will be held at 10:00 am on Thursday, March 14, 2019, at St. Stephen’s Catholic Church with burial to follow at Arapaho Catholic Cemetery.

Sandra Mae Bell was born on January 1, 1966 in Riverton, WY to Paul Dexter Bell, Sr. and Arlene Theresa (Duran) Bell. She grew up in the Riverton and Arapahoe area and attended the Kicking Horse Job Corp in Montana.

She lived in Cheyenne from 1999 - 2018 when she moved to Riverton in September. Sandra worked at the Wal-Mart Distribution Center in Cheyenne as a Firewatch, was a flagger for road construction, worked for S & S Builders in Cheyenne, and enjoyed building homes with Habitat for Humanity in Cheyenne.

She was preceded in death by her parents, Paul and Arlene Bell; and grandson, Johnavon T. Prano; sister, Brenda J. Bell.