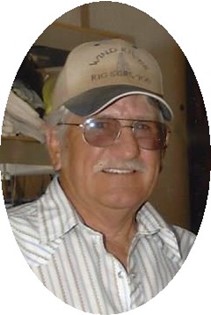 Frank Henry Weliever was born on December 4, 1940 in Kearney, NE to Jearld and Theresa “Tracy” (Wempen) Weliever. He attended schools in Nebraska and later in Pavillion, WY. He was the fourth oldest child out of eight sibling, all working on the family farm in Pavillion. He later made his forever home in Riverton.

In 1960, he married MaryLee Goodwin in Riverton and of that union two sons were born, Joseph and Richard, they later divorced. He married RoseMary Pattison in 1979. She brought a daughter, Dawn, to the family and together they had a son, Jason, completing their family.

Frank worked in the oil and gas industry as a driller for Loffland Brothers, CAZA, and Ensign Drilling. On occasion he worked on the family farm with his brother, Daniel and nephew, Jerry.