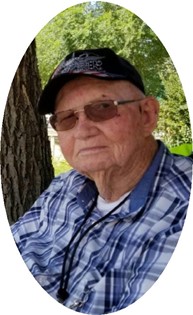 Guestbook 1
A Memorial service for Virgil A. Smith, 92, will be held at a later date. Interment will follow at Mountain View Cemetery. Cremation has taken place under the direction of Davis Funeral Home. Mr. Smith passed away on March 14, 2019 at Wind River Rehabilitation Center in Riverton, Wy. He was born on November 5, 1926, son of Lemual and Elizabeth (Razor) Smith in Allen County, Indiana. He attended Jefferson Center High School in Whitley, IN. He served in the Navy during both World War II and Korea. On September 20, 1946, he married Veda May Albertson in Whitley County, IN. The couple spent most of their life living in Huntington, IN. Virgil worked for International Harvester as a crane operator for 25years. He also worked for Horton Manufacturing making washing machines. He also farmed. In his younger years, Virgil enjoyed fishing in Lake Erie. He and Veda also enjoyed traveling the country, spending time down south for the winter in Rio Grande Valley, TX. In the spring of 1999, the couple moved to Riverton to live closer to their sons. Survivors include his 2 sons, David Smith and wife Cheryl, and Steve Smith and wife Carolyn, both of Riverton; sister, Bernetta Keller of IN; grandchildren, Sheldon Smith and wife Dana of IN, Sommer Smith of IN, DeeDee Hensley of Riverton, Carey Lopez and husband Michael of Riverton, Darrell Hensley of FL, and Debi Downing of IN; 14 great grandchildren; 22 great great grandchildren; and 3 great great great grandchildren. He was preceded in death by his wife, who passed in 2018, parents, son, Lemual Smith in 2007, brother, Lloyd and sister, Evelyn. On-line condolences may be made to the family at www.TheDavisFuneralHome.com. Services are under the direction of Davis Funeral Home.