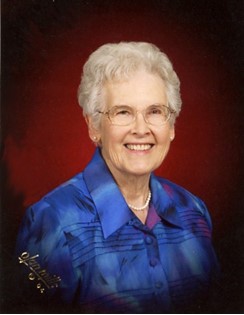 
Marjorie Jane Axthelm passed away on March 24th 2019 in Missoula, Montana at the age of 98 years old. A memorial service will be held at 10:00 am on Saturday, April 13, 2019, at Davis Funeral Home. Inurnment will follow at Mountain View Cemetery.

Marjorie Jane Adams was born August 14, 1920 in Roswell, New Mexico. Her parents were Henry Moore Adams and Margaret Nivens Adams. The family moved soon after her birth to Texas and eventually to Nebraska. Marjorie attended schools in various Nebraska communities and graduated from Grand Island Nebraska High School in 1938. She enrolled at the University of Nebraska and graduated with a degree in Bachelor of Science in Education in 1942. She taught English and Speech in Wakefield Nebraska and Ashland Nebraska High Schools. Her next move was to Lincoln, Nebraska where she came an interviewer for the division of the United States Employment Service.

On January 5, 1947 she married Dr. Clayton Axthelm. The moved to Riverton, Wyoming in 1948, where they raised three children. Clayton was a Dentist in Riverton for 40 years.

Marjorie was active in many community activities. She was a member of Chapter H-PEO for 68 years and served in all of the offices. She was a member of the United Methodist Church and Methodist Church Women’s group. She was in DAR, Progressive Women’s Club, Potpourri Coffee Club, Job’s Daughter council, Cub Scout Den Mother, and 4-H co-leader. Marjorie loved the mountains and spent many happy vacations camping at Colter Bay in the Tetons. She always said that Mt. Moran was her favorite.

In 2014 Marjorie moved to Missoula, Montana to be close to her daughter Jane and family. She lived at the Village Senior Residence.