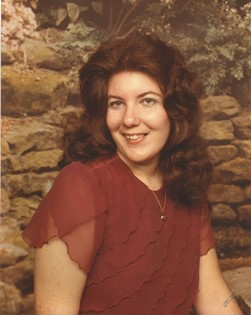 She was born on June 3, 1958 in San Mateo, California to Donald and Kathleen Sutton, their second child and only daughter. She grew up in California with her older and younger brothers. She and her family moved to Brighton, Colorado in 1972. She graduated high school in 1976 and later attended a business school to peruse a degree in accounting. There she met Ronald Black and they were married in 1984. Although this union didn’t last, she fulfilled her dream of becoming a mother. She had Sarah in 1986 and Sabrina in 1987.

She devoted herself to her daughters and loved them to the fullest. In the early 1990’s she and her children moved to Riverton, WY, the place she would always call home. She worshipped at First Baptist Church and served as a Sunday School teacher for a short time. She sang in most of the Easter and Christmas Cantatas and was the director of special music for many years. She sang with the most beautiful soprano voice and sang often with Sarah for special music, especially during Christmas singing “Do You Hear What I Hear?” She also supported her daughters in memorizing bible verses for the Camp Bethel scholarship the church offered. LeeAnn assisted with both VBS as a teacher and aide and with driving the campers up to Camp Bethel.

In 1997 she was diagnosed with Multiple Sclerosis also simply called MS. No matter how bad things got, she always put the needs of her children first. She never allowed her disease to stop her from being the mother God prepared her to be. She raised her girls to love the Lord and to praise Him in all times whether good or bad. She also proudly saw both of her children graduate high school. Her girls were always the main topic of most of her conversations.

LeeAnn loved her daughters, but also loved many other things. Her favorite color was green, she loved cats, Winnie the Pooh (mostly Eeyore), Disney movies especially ones with Haley Mills. She had a fondness for lighthouses and Thomas Kincaid. She loved to crochet, making mostly blankets. She enjoyed making things for people and she always took the time to get to know you and what you liked. She rarely did her crafting alone as Sarah and Sabrina were always close by watching and learning. She also liked to garden and had a lovely garden with some of her favorite flowers of Black-Eyed Susan’s, Bachler Buttons, Morning Glory’s and Snap Dragons. She also loved to play board and card games with her girls and had weekly game nights. LeeAnn loved crafts, but as the MS took some of the feeling from her hand, she found a renewed love of reading. Her favorite authors were Lindsey Sands, Hannah Howell and of course J.K. Rowling. She read the Harry Potter series more times than you could count! She didn’t travel much, but when she did it was to go to Yellowstone National Park. Every year she took her family there for a day trip. Her favorite feature was the Morning Glory Pool in the Yellowstone Upper Geyser Basin. Even though a day trip was all that she could afford, she always made it the highlight of the summer.

By 2010, the MS was getting too hard to manage at home and she moved into the Thermopolis Rehab and Wellness Center. She was loving cared for by the staff there and visited often by her daughters. On July 21, 2012, LeeAnn gave Sarah away to marry Richard Shugart. Shortly after that they began the process of moving her to Riverton. It was hard being apart from her children and hard for them to be apart from her. She came back to Riverton in 2013, moving to the Wind River Rehabilitation Center and was lovingly cared for by the staff there. May of 2014 and again in May of 2016 brought her some of the most joy ever, when she became a grandmother. She loved her role as grandmother and took it very seriously, doing her best to brag about her grandkids and spoil them when she could. In October of 2016, Sarah and her family moved to Billings, MT. They started the process of moving LeeAnn up to Billings and she finally joined them in the Spring of 2017, moving into the Bella Terra Nursing Home (formally Valley Healthcare). The staff loved and cared for her, giving her the assistance, she needed as the MS continued to worsen. But she was able to enjoy her grandchildren, watch them grow and lavish them with all the love a grandmother’s heart possessed.

LeeAnn was preceded in death by her parents Donald and Kathleen Sutton and older brother Donald Sutton Jr. She is survived and remembered by her daughter Sarah Shugart, her husband Richard and their children Makenna and Nolan, by her daughter Sabrina Black and her significant other, Sonny, by her younger brother Peter Sutton, cousins, nephews, nieces and friends. In lieu of flowers, please make a donation to the National MS Society in honor of LeeAnn G. Black.