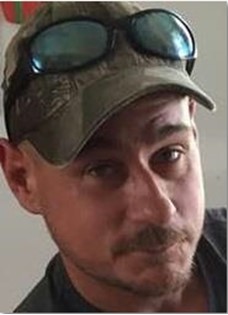 Guestbook 17
Stony Allen, 41, of Riverton passed away at his parents’ home on Thursday, March 21, 2019. A funeral service will be held at 11:00 am on Tuesday, April 2, 2019, at Davis Funeral Home with Pastor Matt White officiating. Burial will follow at Collins Cemetery.

Stony William Allen was born on August 17, 1977 in Riverton, WY to John Benjamin and Brenda (Taylor) Allen. He grew up in the Riverton area with his brother and sister. He was a member of the Northern Arapaho Tribe and given his native name of “Strikes In Timber”.

Stony was very spiritual and participated in tribal ceremonies when he could and also the sweats.

He lived in the Riverton area until 2005 when he moved to the Lakewood, CO area.

He was a roofer by trade and had worked alongside his father, since he was ten years old. He learned every aspect of the business and loved it.

Stony played soccer, football, and baseball in his youth. He was an All Star baseball player. He had many loves including, cooking for his family, music, guitar, drums, and being around his family. But his biggest love and light of his life was his daughter, Mary Jane.

He was preceded in death by his brother to whom he was very close, Travis Allen on February 9, 2012, and his nieces Michelle Allen and Moeniqa Produit on December 28, 2013.