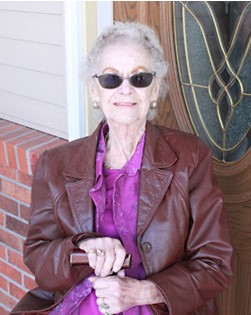 Guestbook 2
Reatha M. Smith, 89, of Riverton passed away at her daughter’s home on Thursday, April 11, 2019. A funeral service will be held at 11:00 am on Wednesday, April 17, 2019, at Davis Funeral Home with interment at Mountain View Cemetery.

Reatha Mary Smith was born on November 19, 1929 in Lewistown, Montana to Dwight and Nora Smith.

In 1946 she married Burt “Bud” Frank Kingsbury and together they had three children, Robert, Linda and Mona.

She moved to Riverton fifteen years ago to live closer to her family. She owned her own home and lived there until close to her passing.

She was preceded in death by her husband, Bud Kingsbury and sister, Wilma Johnson.

Memorials may be made to Help for Health in care of Davis Funeral Home, 2203 West Main Street, Riverton, WY 82501.