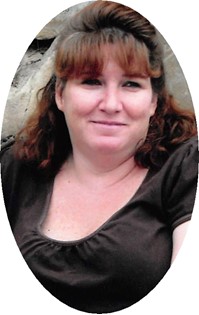 Donna Jean Baker was born on October 15, 1969 in Fort Meyers, Fl. She arrived during hurricane, Donna, so her family thought it only fitting to name her “Donna”. She grew up in Los Angeles, CA before moving to Riverton in 1983. She graduated from Riverton High School with the class of 1987. Riverton remained her home until she passed,

She was married to Christopher Clark for fifteen years before they separated, together they had two children. On September 29, 2007 she married Robert “Rob” D. Heatley in Riverton, WY. They combined their families and had a daughter, Nicole, and son, Quayden together.

Donna was a born care taker, she worked at Wyoming Life Resources for five years before staring her own daycare business, ABC123, which she ran for over 20 years. She was also a foster parent having cared for more than 50 children throughout her 12 years as a foster parent. When it came to children, Donna had a soft heart and was instrumental in helping many children in her short life, she couldn’t say no to any child. She was also known for saying she was “49 going on 29” and it showed how young at heart she was. Donna also was a member of the Riverton Jaycee’s and participated in many community projects.

She was preceded in death by her parents, Alva “Pete” Smith and Sandra Smith; brother, Monty Ray Baker; and sister, Diane.

Memorials may be made to Shrine Children’s Hospital in care of Davis Funeral Home, 2203 West Main Street, Riverton, WY 82501.