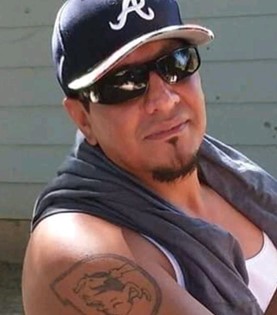 Dawson Mayette Smith was born October 15, 1984. He was the beloved son of the late Big John Smith and Mary K. Brown. He was 34 at the time of his death.

During the three years Dawson attended NSI he excelled academically. He was MVP of his state qualifying basketball team. Dawson’s football team played Cokeville, Wyoming for the 2001 1A State Championship where is was presented with an All Star award.

Dawson loved his family, friends and community. He enjoyed visiting with the young and old and always greeted with mom, dad, brother, sister, auntie, uncle. He never used your name. He left you with one of his signature hugs and kisses on the forehead. He believe and participated in his traditional Arapaho ways. He began his days with prayers at sunrise for his family, friends, and his People.

Dawson enjoyed listening to music, getting dressed up for holidays and dancing. He loved the outdoors, fishing, hiking, and flat rock hunting. He knew if you were sad and lonely and always left you feeling better than he found you. He was loved by everyone.

Dawson and his childhood sweetheart Melissa Ann Redman have two children. Patrick John Junette (13) and Evening Star De’Ann Smith (10). Dawson was very proud of his son and daughter. Patrick who is becoming a well know skate boarders and star of the documentary Good Medicine. His daughter Evening Star who is a fancy shawl and jingle dress dancer. Dawson also attended Evenings basketball games and was planning on watching her participate in Riverton youth baseball. Whenever his children were involved in an activity he was there to support and cheer them on.