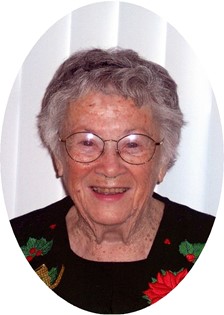 Guestbook 10
Kathleen “Kay” McMillen, 98, of Riverview Route, Riverton, WY passed away on Sunday, April 28, 2019, at Sage West Hospital – Lander. At her request, no services are planned and cremation has taken place.

Kathleen B. Boland was born in Thermopolis, WY on February 15, 1921 to Edward Malcolm and Catherine Spence (Beaton) Boland. She spent most of her early years and later in life in the Riverton area. She graduated from Riverton High School with the class of 1939.

In 1945 she married Harry E. McMillen in Riverton. They raised four children.

Kay was a legal secretary for most of her life.

She was preceded in death by her parents, her husband, and her sons, Ralph McMillen and Dennis McMillen; and daughters Sheila McMillen and Sandra Kay McMillen.