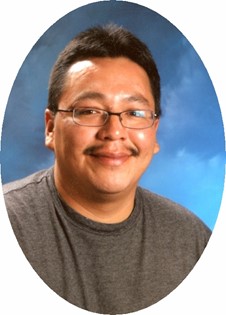 On December 13, 2014 he married Flora Michelle Dewey in Riverton, WY.

He was a Certified Nursing Assistant, a lifeguard, librarian at St. Stephen’s, member and facilitator of Golden Eagle Club traveling with youth, Little League Baseball coach, an Americorp member, and a certified GIS Mapper. He also worked as security at the Wind River Casino and Northern Arapaho Housing, was a CDL driver and worked for the city of Riverton as a laborer.

He was preceded in death by his parents, Frederick Antelope, Sr. and Edna Morrison; sister, Theresa Marie Antelope; and brother, Robert Thomas Antelope.