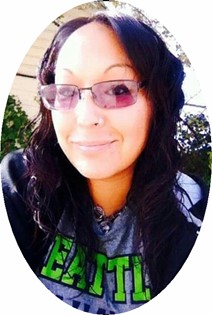 Guestbook 3
Selesia Marie Stacey, 38, of Tacoma Washington passed away at the Tacoma General Hospital on Saturday, May 11, 2019. There will be a rosary held at 7:00 pm on Sunday, May 19, 2019, at the Davis Funeral Home with wake to follow at Great Plains Hall. The funeral service will be at 10:00 am on Monday, May 20, 2019, at St. Stephen’s Catholic Church. Burial will follow at the Bushyhead Cemetery.

Selesia Marie Stacey was born on April 20, 1981 in Riverton, WY to Mitchell Edward Stacey and Lisa Redhat. At a young age she went to live with her grandparents, Francis and Margaret Washington, whom raised her. She grew up on the Wind River Reservation and went school at Wyoming Indian High School. She was a member of the Northern Cheyenne Tribe. She lived in Montana, Idaho, and the last five years in Washington.

Selesia enjoyed listening to music, going to Pow-Wows, being around her children and hanging out with friends.