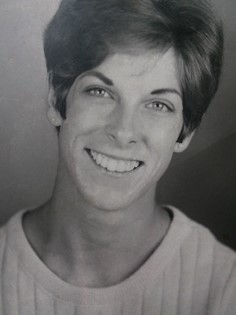 Guestbook 5
Rosalind “Joan” Wilson Voss, 71 of Riverton WY, passed away peacefully on Friday, May 17, 2019, at the Help for Health Hospice Home. A Celebration of Life will be held at the Elks Club in the Grand Lodge Room, on Main Street in Riverton on June 1, at 3 p.m.

She was born on September 7, 1947 in Cody, WY to Charles Daniel and Mickey (Fultz) Wilson, was raised there and graduated from Cody High School with the class of 1966. She attended the University of Colorado, School of Radiologic Technology.

Joan was baptized into the Episcopal faith early in her life and in 1974, became a member of Riverton’s St. James Episcopal Church. She served as a Lay Eucharistic Minister, Worship Leader, also serving six terms on the Vestry. She was a mentor for the Education for Ministry from University of South Swania, as well as a leader in the Happening Christian Experience. She was deeply spiritual and shared that connection with all she encountered.

On April 21, 1968, she married James Fredrick Voss in Cody, WY. They moved frequently due to Jim’s military service, including Memphis, TN, Sedro Woolley, WA, and then on to Denver, CO. They moved to Riverton in 1973 where they owned Hilltop Liquor, along with Joan’s mother and sister. Jim later became a crop duster and together they owned and operated Voss Spray Service. While in Riverton, they had two daughters, Stephanie Danelle and Jamie Marie.

She was a past member of the Riverton Order of the Eastern Star and a member of the American Society of Radiologic Technologists. Joan worked in the healthcare field as a registered X-Ray Technologist for 42 years at various hospitals and clinics.

Joan was deeply loving; our model mother figure. She enjoyed traveling, fishing and camping; teaching us all the tricks, knitting and baking, with her Granddaughter especially, reading, gardening, and overall, spending time with her family. She loved music and singing, movies and great food, and with it all, a full-on belly laugh anyone who knew her would recognize and remember.

She is survived by her devoted daughters, Stephanie Kobbe, husband, Russ of Riverton, WY, with her grandchildren, Jared Keith Kobbe and Tieler Danelle Humphries, husband, Justin and her two great grandchildren, Julian and Jeremiah Humphries, all of Riverton, WY; and Jamie Voss and husband, Dan Claar of Garden Valley, ID; and always her beloved niece, Julie Renner, husband Tracy and their children, Wilson and Karlie Renner, all of Meeteetse, WY.

She was preceded in death by her parents, Daniel and Mickey Wilson; husband, Jim Voss; and sister, Sug (Charlotte Belle) Kersting.

Memorials may be made to Help for Health Hospice or Shriner’s Children’s Hospital in care of Davis Funeral Home, 2203 West Main Street, Riverton, WY 82501.