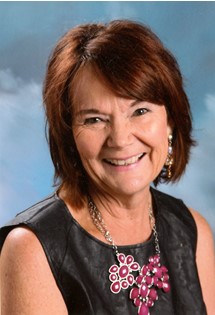 Phillis Ann Krause was born in Thermopolis, WY on January 14, 1955 to Phillip Eugene and Nadine Isabel (Hart) Krause. She grew up in Riverton, WY and graduated from Riverton High School. She then attended Chadron State College in Chadron, NE and Lesley University of Cambridge, MA where she earned her Master Degree.

Phillis was a teacher for Fremont County District 25 for 38 years before she retired in 2017. She taught Art for 10 years then moved to 7th grade Language Arts and Reading for 28 more years. After retirement she taught Art one day a week at St. Margaret’s Elementary School. She enjoyed teaching children.

On August 17, 1975 she married the love of her life, Robert Willis in Riverton, WY. In 1976 they moved to Dalton, NE and returned to Riverton in 1980 making it their forever home and raising their three beautiful daughters. Phillis’ favorite thing to do was sit and read a good book. She liked to go camping, golfing, visiting her grandchildren, and travel. She loved to take pictures and do arts and crafts.

She was preceded in death by her father, Phillip Krause; brother, Teddy Krause; and grandparents, Wheatley and Daisy Hart, Myrtle and Eddie Parker, and Henry Krause.