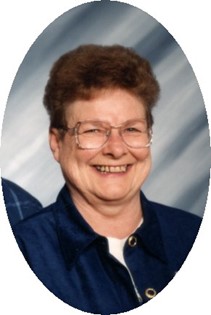 Guestbook 8
A Memorial Service for Sharry Turpen, 76, will be held at 10:00 a.m., Saturday, June 1, 2019 at Davis Funeral Home. Inurnment will follow at the Mountain View Cemetery.

Mrs. Turpen passed away on May 27, 2019 at the SageWest Hospital in Riverton, WY surrounded by her family.

Sharry attended a one room school until 8th grade out of Aladdin, WY before graduating in 1962 from Belle Fourche, SD. She then furthered her education at the Green Beauty School in Rapid City, SD.

Sharry married Adam Turpen on October 3, 1962 in Belle Fourche, SD. The couple moved to Wyoming in May of 1965 in order for Adam to help build Togwottee Mountain Lodge. They then moved to Riverton in 1967. Sharry worked at Edith’s Floral and as a sales clerk for Anthony’s/Stage for over 20 years. She then enjoyed working for Hi Mountain Seasoningsfrom 2001 until 2008 before retirement.

Sharry enjoyed spending time with her husband gardening, planting flowers, fishing, camping and enjoying the mountains. She loved being a Mom and Grandma to Weston, Jonathon, Tyrel, Heidi and “NaNa” to Cole and Ashlee. She also loved serving the Lord and teaching Bible studies.

She was preceded in death by her parents and sister, Sheila Schuldies.

On-line condolences for the family may be made at theDavisFuneralHome.com. Services are under the direction of the Davis Funeral Home