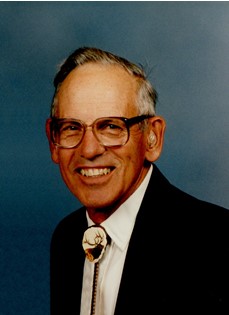 Mr. Mattson passed away on May 28, 2019 at Central Wyoming Hospice Home in Casper, WY.

He was born on June 9, 1927, son of Palmer James Mattson, Jr. and Genevieve (Alsdorf) Mattson in West Chester, PA. Palmer grew up in Kennett Square, PA where he graduated from Unionville Joint Consolidated High School where he played soccer, baseball and basketball. Upon graduation, he was awarded the W.S. Worrall Sportsmanship Award. He then served in the United States Army from 1945 until 1947 when he was honorably discharged. While serving during World War II, he was stationed in Japan as an occupation forces field artillery.

After returning from the service, Palmer worked at different jobs including an auto assembly plant, steel mill, crane operator and machine shop machinist and finally got into pest control and eventually buying McNeil Pest Control in West Chester, PA where he owned and operated over 30 years. After selling the business, Palmer became a licensed taxidermist in PA. In 1988, the couple moved to Riverton after many trips to Wyoming over the years.

Palmer enjoyed hunting, fishing and participating in Trap Shooting in PA. He also had a passion for environmental and conservation for birds and game animals, the outdoors and bowling. He was a former member of the Elks and Lions in West Chester, PA, while also a life member of ATA (American Trapshooters Assoc.), West Chester Gun Club and NRA. While living in Riverton, he was a member of the American Legion Post 19.