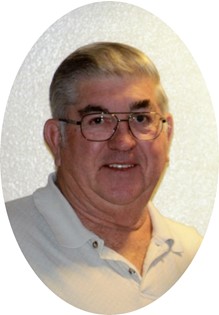 James Lee Horton was born on April 13, 1943 in Seattle, WA to J.L. and Margaret (Lafordge) Horton. He grew up in Washington State and graduated from Twisp Washington High School with the class of 1962.

On May 17, 1969 he married Terry Miller, of Thermopolis, WY, in Twisp, WA. They just celebrated their 50th wedding anniversary. They had four children, Jake, Kerry, Angie, and Brandon. In 1980 the family moved to Riverton, WY and made it their forever home.

While living in Twisp, WA, Jim worked at the local saw mill for over eighteen years and was also a Wild Fire Forest Fighter during that time. He moved to Wyoming to work at the saw mill in Riverton but after a year he began working for the city of Riverton as their Weed and Pest Control Officer. After thirty years, he retired in 2011.

Jim was an avid hunter and fisherman. He enjoyed the outdoors.

He was preceded in death by his parents, J.L. and Margaret Horton; and son-in-law, Chico Martinez.