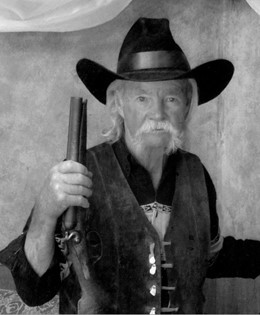 Guestbook 5
Billy “Bill” Lookingbill, 83, of Lander passed away on Friday, June 7, 2019. Cremation has taken place and as requested by Bill, no memorial service to be held. Instead the family will have a Celebration of Life later in the summer, place and time to be announced.

Billy Price Lookingbill was born on December 9, 1935 in Skiatook, OK to Arthur Price and Helen (Hisaw) Lookingbill. The family moved to Wyoming while Bill was still in school. He graduated from Wind River High School and went on to earn his Bachelor’s degree and Master’s Degree in elementary education from Northwest Nazarene College in Nampa, Idaho.

After graduating, Bill taught math for a time before becoming a successful artist. Later in life he uncovered a talent for carving in moose antler that paved a way into creating much sought after artwork. He was a passionate hunter, trapper, and fisherman. He was a naturalist and loved being outdoors.

In lieu of flowers, the family request donations made to Fremont County Search and Rescue at Lander SAR 460 Railroad Ave Lander, WY 82520