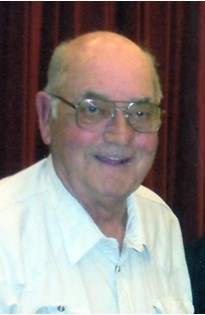 Guestbook 1
Lael William Byrne passed away peacefully on June 8, 2019 with his loving family by his side. A graveside service will be held at 11:00 am on Friday, June 14, 2019, at Mountain View Cemetery.

His parents, Edwin Michael Byrne and Edith Wood Byrne welcomed their son into the world on February 27, 1938. Lael grew up in Driggs. He joined the army after graduation and spent some time in Germany. On March 29, 1959 he married Louise Lloyd in Jackson, Wyoming. Lael was a Postmaster in Jackson, Wyoming for thirty years. After retirement, he and Louise moved to Riverton, Wyoming.

Lael was a 32nd degree Mason, a Shriner, and a member of the Elk’s. Lael spent countless hours contributing his time and efforts to these organizations.

He was preceded in death by his wife Louise, his parents, sisters Dorothy and Dona and brother, Edwin "Jack" Byrne. Memorials donations may be sent to Help for Health in Riverton or The Shriner’s Hospital in Salt Lake City, Utah.