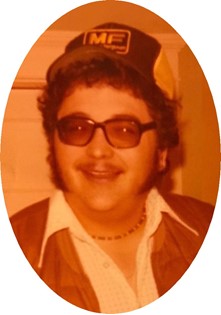 Ronald Ivan Blumenshine was born on November 22, 1956 in Compton, CA to Herman Eugene and Thelma Irene (Real) Blumenshine, Sr. He grew up and spent his life in Missouri Valley. He graduated from Shoshoni High School with the class of 1975.

On December 3, 1976 he married Susan Cantrell in Riverton, WY. They had one daughter, Jennifer. They were married for over 42 years.

He was a past member of the Elks, spent 10 years on the Volunteers of America “Center of Hope”, and was currently serving on the board of High Plains Power.

Ron was always smiling and giving everyone he met a word of encouragement. He loved spending time with his family and grandchildren. There was never a dull moment when Ron was around and he enjoyed life to its fullest.

He was preceded in death by both parents, Herman Sr. and Thelma; and both sets of grandparents.

Memorials may be made to Volunteers of America “Center of Hope” in care of Davis Funeral Home, 2203 West Main Street, Riverton, WY 82501.