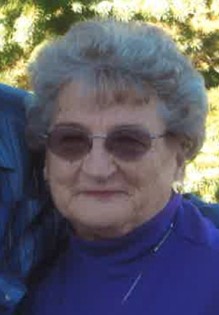 Guestbook 3
Mary Lou Forbis, 85, of Riverton passed away Friday, June 21, 2019. Mary Lou was born on August 21, 1933 in Gravity, Iowa, to Cash Evans Forbis and Mildred Margret (Bailey). She attended 1st-8th grade in a country school outside of Gravity. Mary left her family home and moved to Wyoming in 1952 to live with her grandparents, Roy and Mable Bailey, where she graduated from RHS in 1953.

Mary met the love of her life, Guy William Forbis at a local gas station while out with friends. They were married September 24, 1956 in Billings, MT. They made their home at the Forbis Farm on Haymaker Rd., north of Riverton. They had two more sons, Ed and Kevin. They raised their sons and continued to farm the homestead. Working together they grew alfalfa, corn, oats, sugar beets, cattle, sheep and chickens. Mary became a wife, mother and partner as she loved working beside Guy farming the land, delivering eggs and fresh milk. They leased a ranch in the Sand Draw area for four years where she loved riding her horse, Dandy.

After selling the original farm in 1990, Guy and Mary moved to an extended part of the farm down the road, where they lived the rest of their lives. They spent their retiring years enjoying trips to Montana, Nevada, Arizona and Iowa. Lunches at the casino, jigsaw puzzles, cribbage, and the game of Tripoley.

Mary's hobbies were horses, birds, flowers, puzzles, knitting and crochet. She was a member of the American Legion Auxiliary, Sugar Beet Auxiliary, Riverton Valley Homemakers and the "No-Hatters" Breakfast Club. In 1973, she won an award for "Most Spirited Rider" while at a competitive trail ride in Salmon, Idaho. Mary loved visiting with family, friends and neighbors. She will be sadly missed by all.

She was preceded in death by her parents, two husbands, and two daughters-in-law. Per her request no service will be held. Graveside services will be at a later date. Memorials may be made to the Riverton Help for Hospice Home.

Arrangements were under the direction of the Davis Funeral Home.

On-line condolences for the family may be made a www.TheDavisFuneralHome.com.