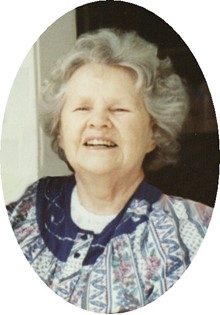 Guestbook 2
Jane E. Hargis of Riverton died early Tuesday morning, Aug. 26, 2008, at Wind River Healthcare in Riverton at the age of 93. Cremation has taken place and no services are planned. Jane Ellen Wright was born in San Bernardino, Calif., on Jan. 22, 1915, the daughter of Johnathan Leonard Wright and Irma (Hahn) Wright. She was graduated from San Bernardino Valley High School in 1932 and from San Bernardino Valley College in 1934. In August of 1938, she married Robert S. Hargis in San Bernardino. During the war years, she lived in Mississippi, Japan with husband and sons, the Philippines, Montana, and Santa Barbara and Fremont, Calif., through the 1990s. Her family said she loved camping and was a compassionate advocate for world peace and children of the world through UNICEF. She had been president of the Girls League in high school, participated in theater and arts, was active in the League of Women Voters, and the International Affairs Council of the San Francisco East Bay. She did much community volunteer work. Survivors include her sons, Robert "Bob" Hargis and his wife Suzanne of Riverton, and John M. Hargis and his wife, Laura, of Flagstaff, Ariz.; granddaughter, Carla Ruth Hargis Briggs and her husband Thomas of Phoenix, Ariz.; a great grandson, Danny Briggs; a niece, Shirley Wright Blackwell and family of Coeur d'Alene, Idaho. She was preceded in death by her parents in the 1950s; her husband, Col. Robert S. Hargis in 1965, and sisters, Virginia and Carol Wright. On-line obituaries are available and condolences for the family may be made at: thedavisfuneralhome.com Arrangements are by the Davis Funeral Home of Riverton.