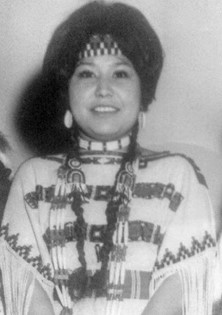 She was born on July 22, 1950 in Riverton, Wyoming, daughter of Felix and Mary (Behan) Whiteman. Melvina attended St. Stephens Elementary and St. La Bre during her high school years. She spent her life living in Riverton and Sheridan and on the Wind River Reservation.

Melvina was a member of the Catholic Church as well as the Native American Church. She respected traditional Northern Arapaho ways.

She enjoyed visiting with her children and grandchildren, family and friends. She loved to visit, drink coffee, making bread, doing puzzles and word searches as well as listen to oldies, beading making dolls, dancing and playing at the casino. She was a loving mother and homemaker.