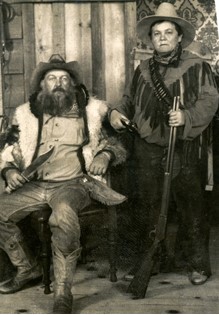 Guestbook 6
Larry M. Alexander, 81 of Riverton passed away at his home on Tuesday, July 16, 2019. Cremation has taken place and a memorial service will be held at a later date.

Larry Monroe Alexander was born on April 7, 1938 in Broton, Kansas to Richard Thomas and Leona Pearl (Glasco) Alexander. He grew up in Broton- Clay Center and graduated from Manhattan, KS.

Larry served in the U.S. Marines during peace time between the Korea War and Vietnam War. He was honorably discharged.

He had lived in Wyoming the last 40 plus years. He was known as a Mountain Man with the name, Bear Catcher. He was an avid fisherman, hunter, and gun smith. He loved everything outdoors where he spent most of his time.