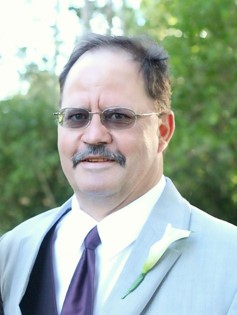 Michael Dean Wilson was born on March 30, 1961 in Riverton, WY to Glen and Phyllis (Foster) Wilson. He grew up in Riverton with his five brothers and two sisters. He graduated from Riverton High School with the class of 1979.

On June 6, 1986 he married Colleen Nowell in Riverton. They had two children, Hailee and Trevor, and shared 33 years together.

Mike worked in the Oil and Gas Industry as a Field Service Manager. He worked for Fremont Chemical (MI Swaco), Spirit Completion Fluids, and R&R Rig Service. He then went to work in the produce section of Smith’s Grocery for several years and at the time of his death he was working in the produce section at WinCo Foods in Billings, Montana.

Mike enjoyed watching the Denver Broncos, hunting, fishing, coaching baseball, softball, and wrestling, and reading CJ Box Books. Above all he loved his family and spending time with them. He was his children and grandchildren’s number one fan and supported them in everything they did. He was also an animal lover and loved spending time with his puppy, Dolche.

He was preceded in death by his mother, Phyllis Wilson; brothers, Richard Wilson and Stan Wilson; and nephew, Rick Wilson.

Memorials may be made to the CU Foundation in care of Davis Funeral Home, 2203 West Main Street, Riverton, WY 82501.