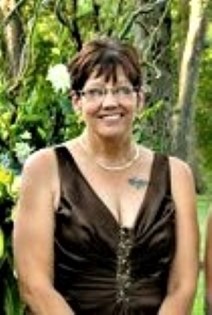 Guestbook 10
Diane Gilbert, 60, of Shoshoni passed away on Tuesday, August 6, 2019, at Sage West Hospital – Riverton. A memorial service will be held at 2:00pm on Saturday, August 10, 2019, at the Shoshoni Recreation Center.

Diane Lorraine Wintermote was born on December 10, 1958 in Dayton Ohio to Gene A. and Janet R. (Judson) Wintermote. She grew up in Dayton, OH and Shoshoni, WY.

On January 10, 1998 she married Eric C. Gilbert in Shoshoni, WY. They made Shoshoni their home.

Diane owned and operated her own restaurants and was also a newspaper editor. Most recently she served as the Assistant Director of the Shoshoni Senior Center and she also served on the Shoshoni Cemetery Board.

She loved being around her family, cooking, reading, and camping. She was passionate about music and art.

She was preceded in death by her mother, Jan Wintermote and son, Patrick Wintermote.

Memorials may be made to American Cancer Society in her name, in care of Davis Funeral Home, 2203 West Main Street, Riverton, WY 82501.