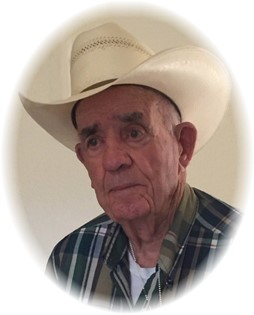 Guestbook 13
Charles Henry (Chuck) Downey, longtime resident of Missouri Valley died in Wheatland Wyoming on August 9, 2019. A visitation will be from 6:00 pm to 7:30 pm on Thursday, August 15, 2019, at Davis Funeral Home. The funeral mass will be held at 10:30 am on Friday, August 16, 2019, at St. Margaret’s Catholic Church with burial to follow at Mountain View Cemetery.

He was born in Anselmo, Nebraska May 27, 1925, the fourth of five children of Joseph Michael Downey and Lillian Blanche Andrews Downey. The family moved to Missouri Valley in 1938 to farm as part of the Midvale Irrigation Project. Charles graduated in 1942 from Shoshoni High School and attended the University of Wyoming. He then returned to the Valley and farmed the family farm after the death of his father. He attended St. Margaret’s Catholic Church in Riverton, as well as the mission church in Shoshoni and was a charter member of the Wind River Council of the Knights of Columbus.

Chuck had four tenants that gave his life meaning: his faith, his family and friends, his farm and the Fremont County rural firefighters. He served his local community in many different capacities including Fire Chief of the Missouri Valley Volunteer Fire Department and Captain of Fremont County Firefighters. He was elected Fire Commissioner and was instrumental in establishing the Wyoming State Fire Academy to train volunteer firefighters from around the region. He also served on the Wyoming State Fire Advisory Board as Secretary/Treasurer for 25 years.

In lieu of flowers, the family requests memorials to the Chuck Downey Memorial Rural Firefighter Training Scholarship Fund at the Wyoming State Fire Academy, 2500 Academy Court, Riverton, WY 82501, or to a charity of the donor’s choice.